The painting of the 268 figures took some time as most are the Scots are in their kilts, a bit of a challenge, with the effort being somewhat lost in the end on such a small scale, a lot of fun though.

Trees, now they have always troubled me. To get them to look realistic has been a bane in my diorama career, their either too big or too artificial looking or both.  But fortune has shined on me twice during this project, firstly with trees and then with rooves . The  trees are courtesy of one of my followers The Imperfect Modeller who has a nice and  simple method of making a tree that I have employed on this project and again the terra cotta roof method by Skarlocs, both have helped greatly.

As an aside I will say here that I have a very friendly and helpful mob that do this hobby, and your advice and tips are greatly appreciated, thank you .

I have to point out that TIM’s trees are the pine and firs, the bare ones are just armatures that I stuck fine twigs onto, time consuming, but the pressure to do it from the Tech adviser certainly was worthwhile, just adds a little to the bare trees .

Well I have thanked my followers, so I should also give a big thankyou to the guys that make it all possible, the people that make the figures for us.  I usually don’t like marching, standing figures in a set, but when I saw our friends from Strelets making whole sets I saw the opportunity to do this diorama  and the Moscow diorama . The figures are 90% Strelets, with the 10% made up of my old friends from Airfix, a little Italeri and a special mention to Valdemar Miniature who provided me with some of the civilian women and children and lastly Ultima Ratio for their two ladies . 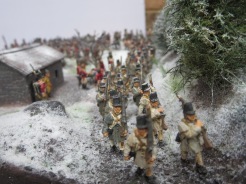 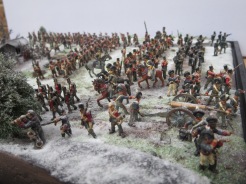 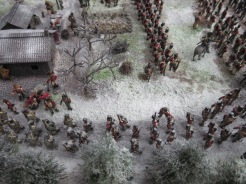 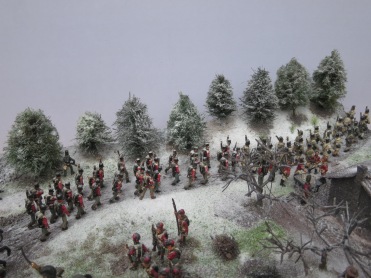 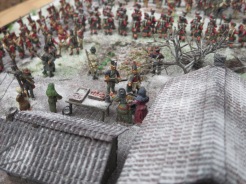 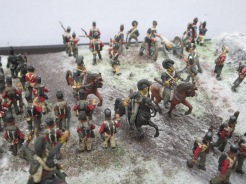 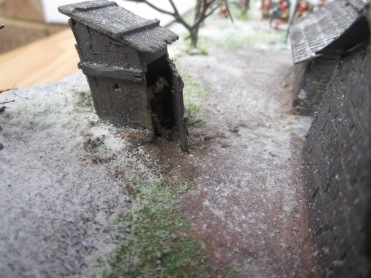 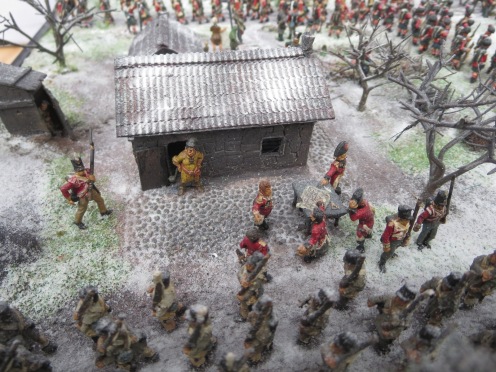 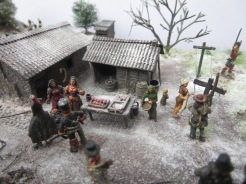 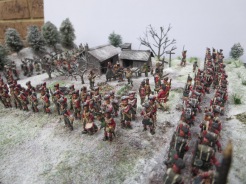 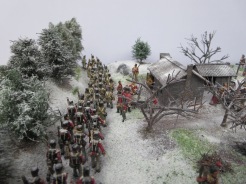 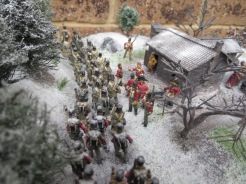 13 thoughts on “RETREAT TO CORUNNA”