Welcome back. It’s not often I complete two dios in a month but as you will see, this new one is a lot smaller than my usual work, and set in a completely new period which, I have to say, was inspired in part by our friend the tank man Mark Morin of whom most of you would know well for his amazing work. My other inspiration came from none other than Just Needs Varnish who has also done some very nice work on his tanks along with some great buildings.  So if you are new to my site, do yourself a favour and have a look at their work.

When I started as a kid back in the 60’s it was all Airfix planes and tanks. I loved them and kept modelling into my teens.  Now we are living in good times with regard to the modelling material we have available to us, a far cry from those days of just plaster of Paris and garden twigs! It was when I started work at 17 that I was able to buy a camera, this prompted me to dig out my old models and make living dioramas in wooden boxes filled with soil. Into these I planted grasses and weeds from my parents’ garden to make scenes for my tanks and various other armies, then photograph the scenes just as you are about to see.  Having inspired uyou with a bit of nature, I can feel a lot of you running out to your gardens right now!  Don’t forget though my favourite weed for a great tree substitute was Petty Spurge, use that and you won’t regret it!

Well, nearly fifty years later, I looked again at that 17 year old boy’s work but this time I wanted to go large which created a small dilemma in that I thought I could be running out of space pretty quickly (even though the family allowed me the largest room in the house for my hobby!). Let me say here though that the original plan was that I was going to sell them, but what might be fun and exciting to me is another person’s nightmare.  I didn’t stop to think about who would want a bloody great dust collector sitting on their side board, let alone the coffee table, just for a talking point for when the conversation faultered!  Just imagine it (Well Syd, I can’t help but notice that diorama that’s blocking your hall, what’s the wife think of your little investment? …) So yes it’s time to be sensible and downsize to smaller jobs (the racks are all full!).  However, no promises, I may break out again in the future!!

This one is just to show off my favourite tank the M3 Stuart Mk 1, and I have chosen the Pacific War so that I can use my the US Marines. Here I should like to thank Ross in Western Australia, which is on the other side of Australia to myself, for supplying not only mine, but adding some of his spares and paying the postage to me after they were accidentally posted to him with his order!  Now I have enough to make fifty small ones! As it was a tiny job, I only needed a few Japanese and was lucky enough to pick up a single sprue of Strelets guys on eBay. As for the plants I was able to purchase most of these cheaply and paint them up to make them a bit more realistic.  I have made my palm trees in the past but AUD10.00 for 15 trees was a bargain, and so was the bamboo which only needed a bit of a spray job to look ok for the job, along with some sawdust and wood shavings provided free, courtesy of my daughter who is building a Tiny House, the job was done. 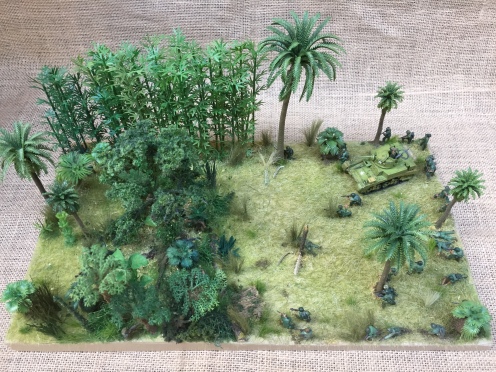 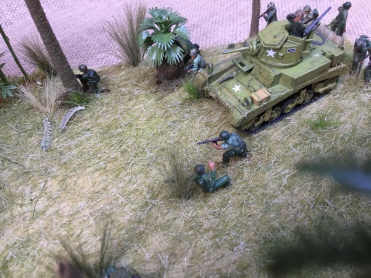 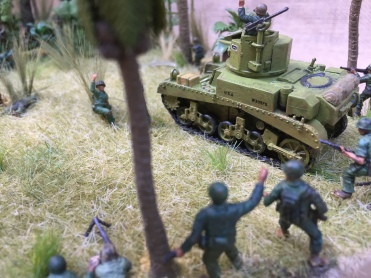 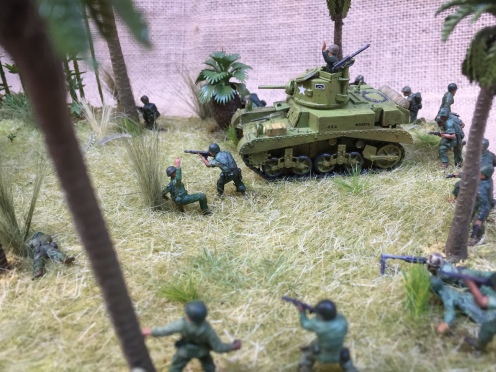 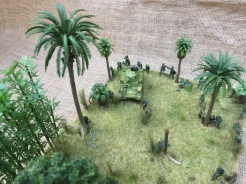 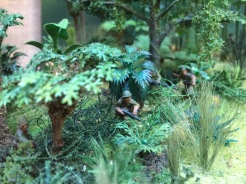 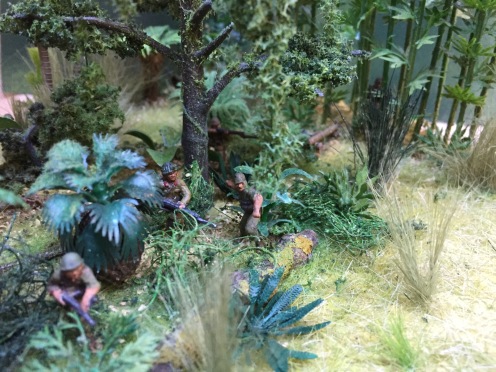 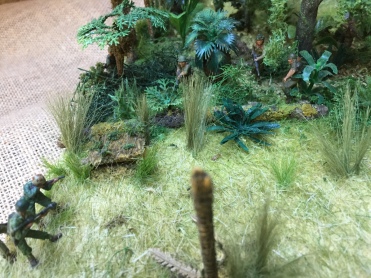 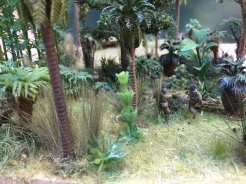