I have just finished painting fifty horses and cavalry men , it’s my first go at painting horses I usually shy away from them but this time I had no option but to bite the bullet and go to it.

After a bit of research and some practice it wasn’t to bad and towards the end was a bit of fun, I never realised horses colours and makings were so varied.

Well on to painting  the infantry  and a bit of hedge making, I have a plan to use a tip from TIM’s tree making blog to make the hedges, I’ll post the result if it works out. 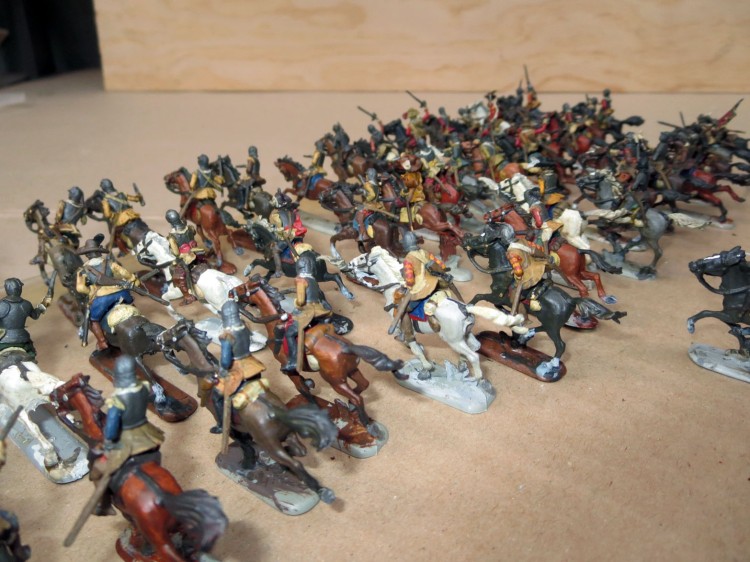 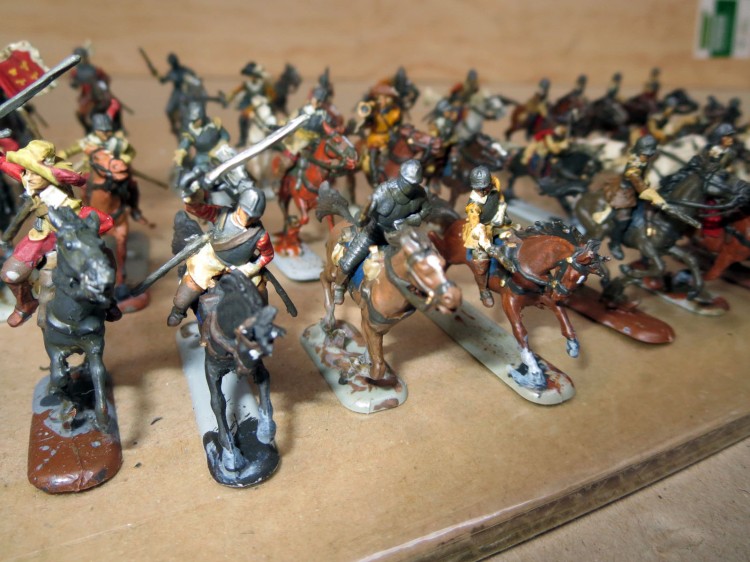 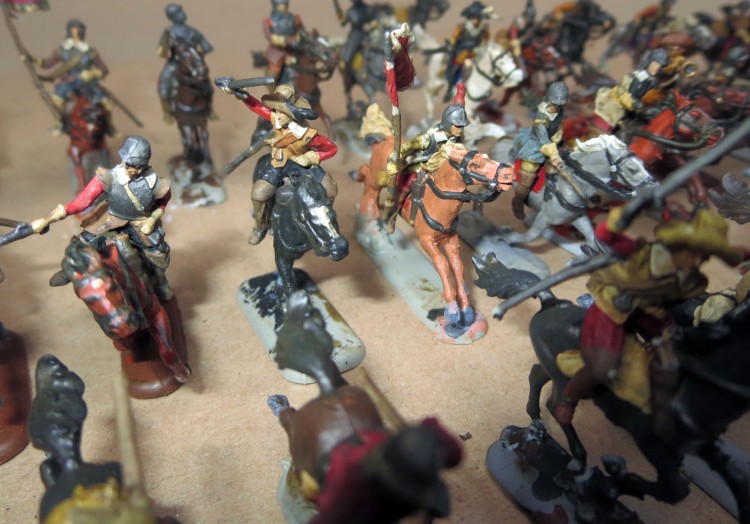 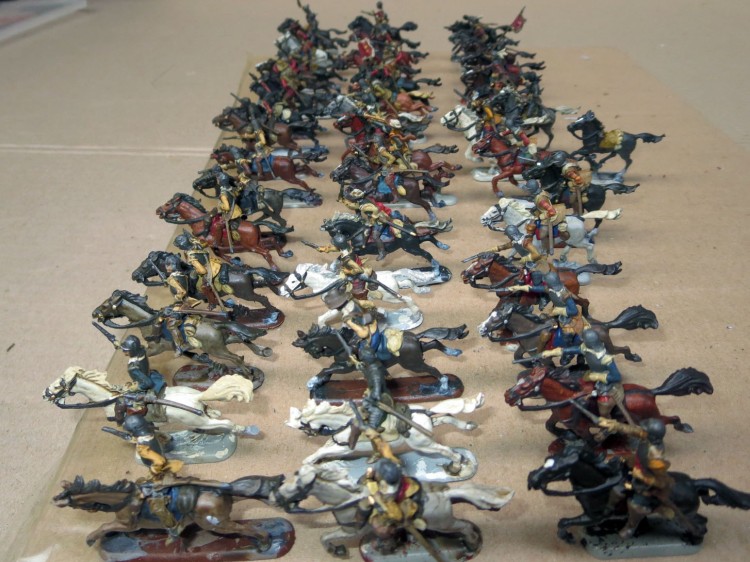 I have just added a few more horses that I’ve come across in a stationary position, thus allowing the cavalry to discharge their pistols as was the case. I have also included a few different charging poses that came with the set I used- Revell Austrian Dragoons and Prussian Hussars 7 Year War. I have also converted a few of the Austrian Cavalry men into ECW cavalry. You might note I have added pistol holsters to the horses that I modelled from the Revell set. 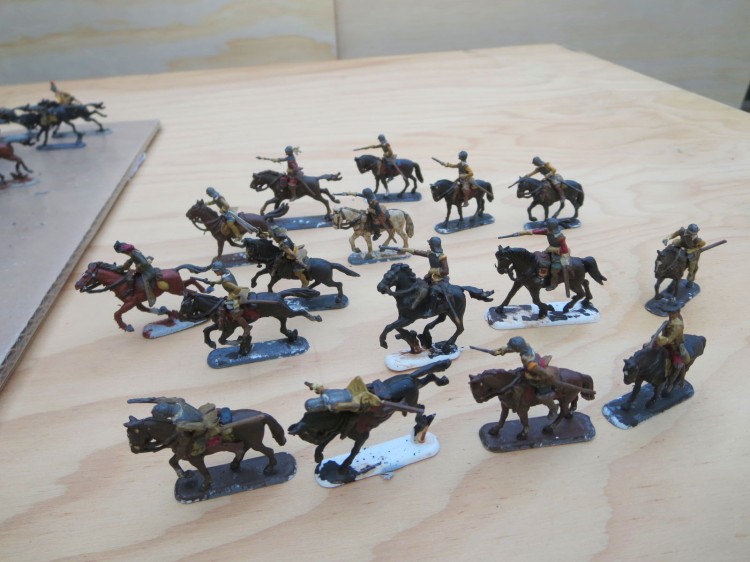 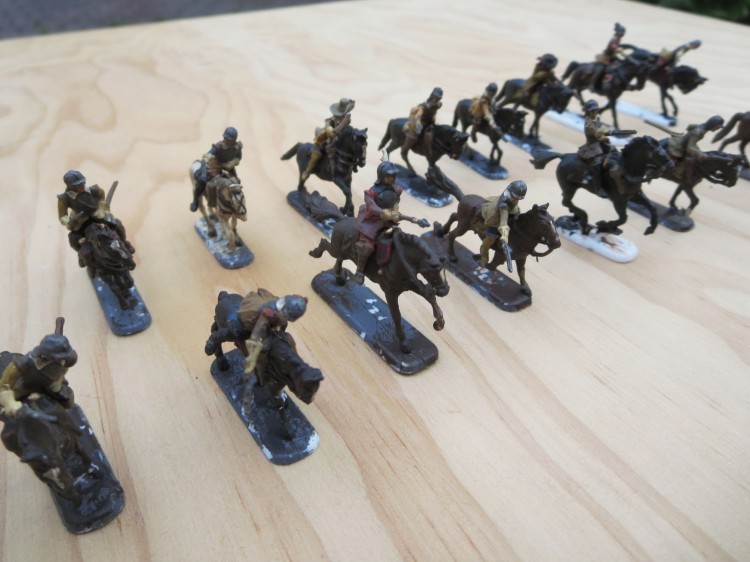 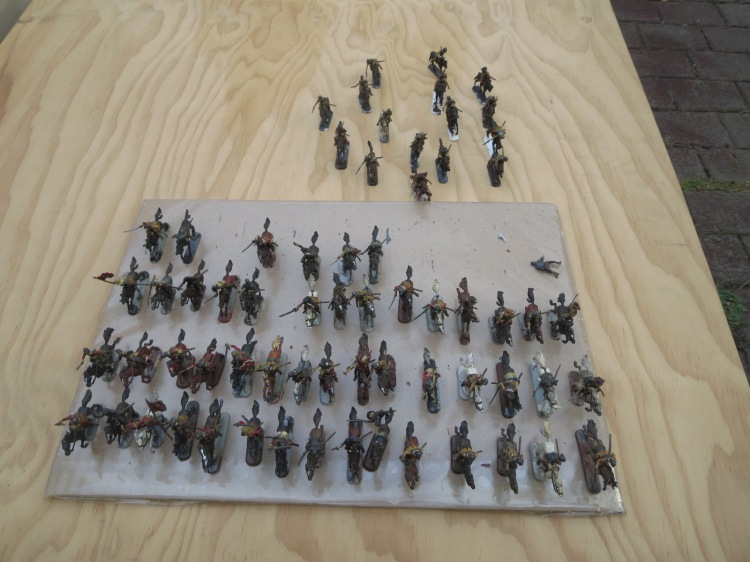