Well here we are finally with the first of a few small fantasy dioramas that I have been promising for some time. As I have said previously, when I was given a set of the Amazons I thought what I am going to do with these young ladies?  I checked out the other Dark Alliance figures and thought, these are really great, I reckon I can do something with them. So with the excitement of a new idea, I went a bit silly and purchased a few sets that I’m going to use this season.

This first one, as you can see, is my use of the Amazon girls pitted against some Warriors of the Dead using a bit of terrain I have made out of Styrofoam, cardboard and good old plaster cloth. Going with the advice I received from the younger daughter, I have used some old bamboo roots from the garden and then I used two strange tree armatures I received in a set of Heki trees, and finally one of the wire trees that I learnt from Dave.  (Sorry Dave I made five but could only fit one on.)  I must say though, it is so worth the effort to make these as they are so versatile, I might even be able to use them in the swamp theme one I have planned.  The wall is made from bricks that I created by air-drying clay. This allowed me to make them to the size I wanted and were so easy to make.

The great thing about this size is quick to make.   The base probably took four hours to make all up as I used a hot glue gun to attach all the Styrofoam pieces so there was no drying time.

Well that’s pretty well it for now; I am looking forward to hearing the reaction I get on this new subject I’ve taken on. 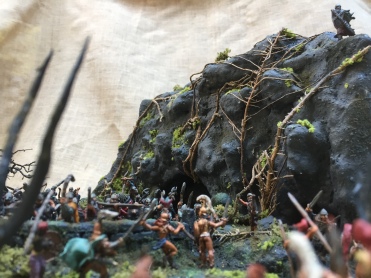 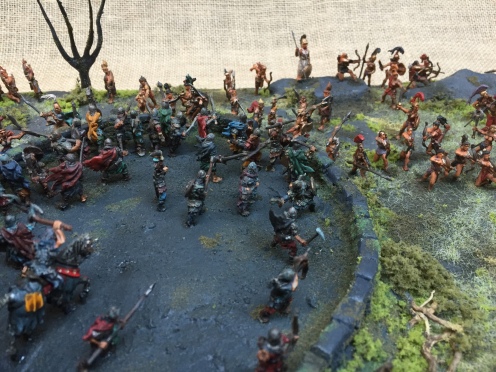 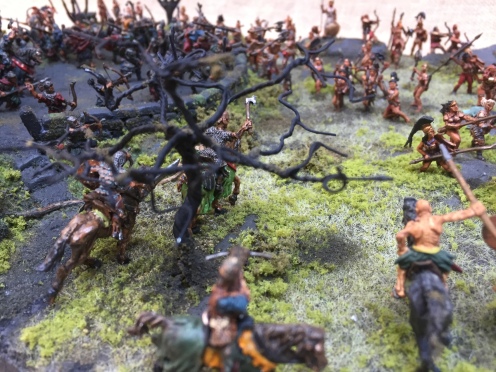 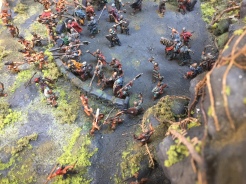 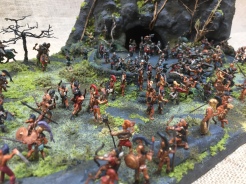 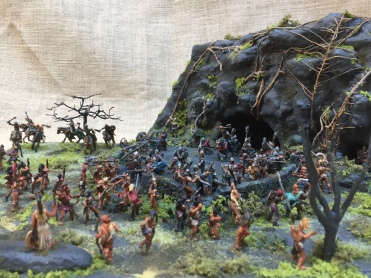 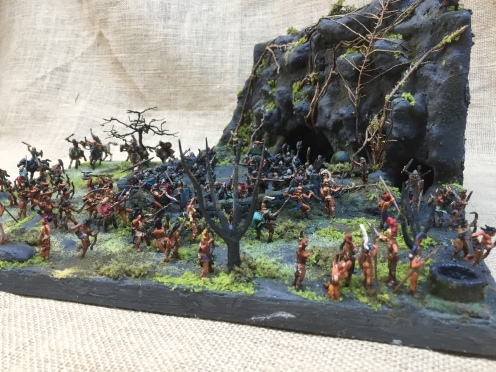 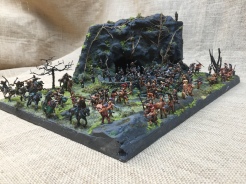 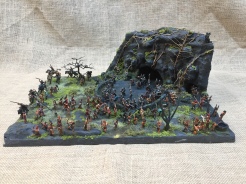 19 thoughts on “The Battle Of The Amazons And The Living Dead.”