Well my fellow followers I have finally finished painting the infantry and a few artillery men to complete  the figures I need for the dio, 180 infantry and about a dozen artillery guys.  This completes the painting and conversions that have taken a bit of time as those of you who like to do conversions will know, well worth it though I say.  I have used mostly the great Revell sets as those that are followers of the 1/72 figures will be familiar with, along with some House of Campaign figures.  Beware though with the artillery figures, within both the House of Campaign and Revell  sets the figures  vary in size significantly (see the 1/72 Soldier Review site ).  Revell sets though are hard to find!  I am using a couple of the  MARS set 72015 plus a few of the House of campaign  guys as it is all one needs really as artillery in the field was very limit.

I know some of you guys and girls pride yourselves on spotting variations (conversions) so I won’t mention any until you have a chance to spot them. There is one of you out there who picked up the medieval cook in the REATREAT FROM CORUNNA dio, a lad that knows his 1/72 figures well . I have a feeling he already has the answer.   Looking forward to putting it all together on my return from the hedge research in the UK over the next 4 weeks. 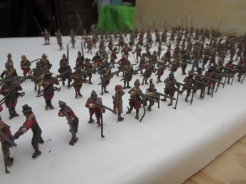 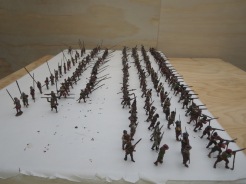 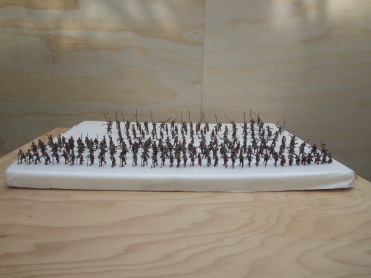 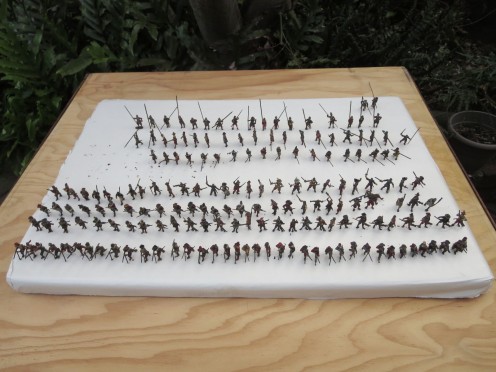