Well here we are, the add-on I was talking about on my last blog. I had some of the Valdemar bath figures left after only using a few on the retreat from Corunna diorama and it came to me that what could I do with them when I read somewhere that contrary to belief, the early medieval folk were pretty clean. So there was my answer, I could put the ladies on a separate board having a good time bathing in the river away from prying eyes.  That meant water effects again, but I’m getting used to it’s funny little habits and there was no way around it, so I thought I could match it up alongside the castle but it could also stand on its own.  With a bit of trial and error I managed to achieve what I wanted.  The only bugbear was the use of ply wood which buckled and made lining the two up side by side difficult.  Well I won’t be using that again!.

The river turned out ok but it was hard to match up, but with the degree of difficulty I was facing, it turned out alright. As for the trees I’m getting better at them now (thanks again Dave).  I have found 1mm static grass is really good for puffing onto the foliage as it is so fine and doesn’t look so much like pine needles.

Lastly to the figures, they are so well done I really wanted to do justice to them as the sculptor has put so much work into them to get them to this fine standard. And why are they on a separate board you may wonder.  Firstly, I only thought about it after nearing the completion of the castle, and secondly, some people may be offended by nudity, so if word got to me that someone wishing to view it would be upset, I could always slip the offending piece away and they would be none the wiser as they are designed to be able to stand alone!

Apology. In my last post I criticised the Greenline rushes.  I now retract that criticism as I realised that the instructions I’d read were for the wrong plants!  They had provided two sets of instructions and I’d read the wrong ones. Strangely enough if I’d read the right ones, there would have turned out very well.  Lesson learnt! 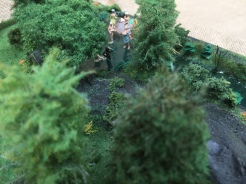 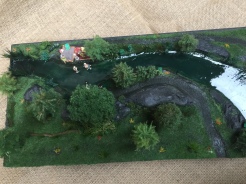 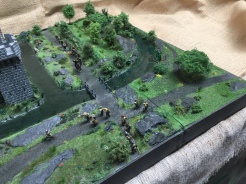 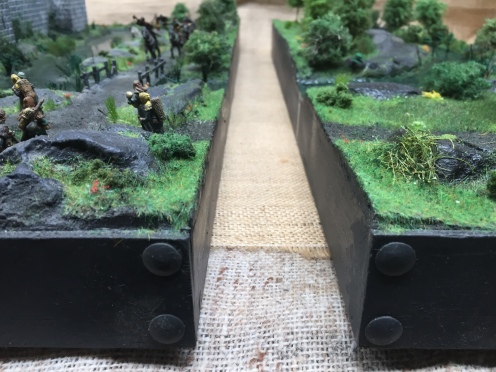 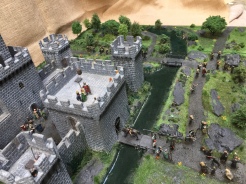 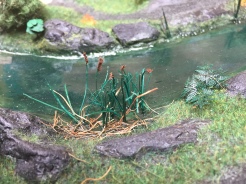