The other guys I have been working on are a continuation of last Summer’s WWII American /Japanese Pacific Campaign when I decided to make some small ones and these figures are painted up for one or two more along the same them. I have made one base so I’ll be getting at least one done in the Spring.  I know a couple of you are waiting to see the little tanks I’m going to use but I’ve struck a few problems with the tracks on them so have been unable to get them done in time for this blog, I’ll put them up soon though.

These figures are a mix of Strelets ,Waterloo 1815,Revell, Matchbox and Airfix . 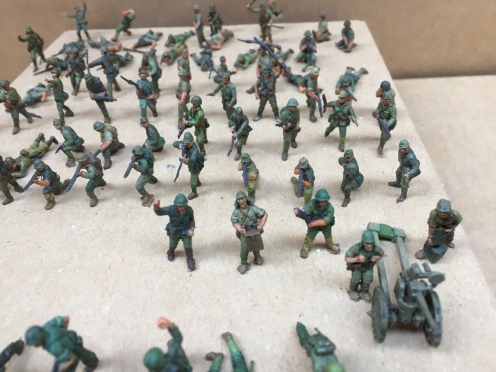 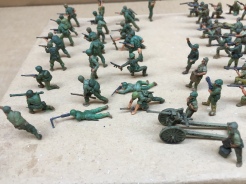 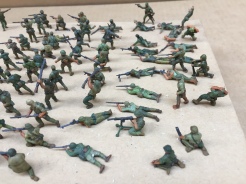 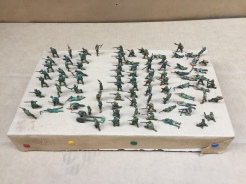